Light Cupula – What Is It and What Should I Do About It? 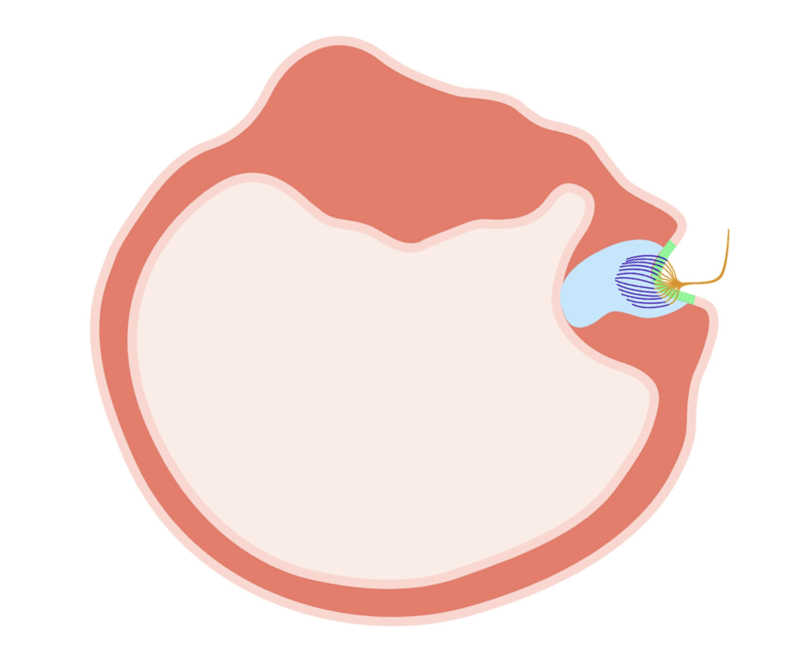 Have you ever observed sustained (lasting > 60 sec) geotropic nystagmus with positional testing for BPPV and were not quite sure what those atypical findings were about? If so, you are not alone. According to the literature this finding is not as result of BPPV, but rather due to a light cupula which was first proposed by Hiruma in 2004.

My journey with experiencing a light cupula

Clinically, I actually do not remember ever seeing someone present with sustained geotropic nystagmus. If I did, the patient likely got better, not as a result of my treatment, but rather due to the natural history, which we will cover later in this post.

This past summer though, I released an online course called A Field Guide to BPPV. With developing the course material I went through different permutations of what clinicians may find with positional testing. In my preparation I came across the term light cupula. Given that I came across it a few  times I decided to do some investigation work and even prepared a lesson on it for the course. I, however, later decided to not include that lesson as findings consistent with a light cupula are not indicative of BPPV.

More recently, when I presented in a webinar through Embodia called BPPV – Becoming A Rock Star At Treating The Lateral Canal one of the questions in the Q & A after was what to do if sustained geotropic nystagmus was observed with the Roll test. I gave a simple response that from my understanding:

So, here it is, as promised. Later I may post that lesson I made after all on our YouTube channel, but for now here is a brief run down.

Light cupula – what is it?

This change in relative density causes the cupula to deflect upward or away from the ground. This deflection then causes the firing rate of the vestibular nerve in that ear to either increase or decrease. This change in neural firing then causes lateral nystagmus that is most pronounced when the head is positioned so the cupula is orientated horizontally.

What causes a light cupula?

The pathophysiological mechanism behind the light cupula remains controversial and it seems to only present with lateral nystagmus. So, what causes a light cupula? Here are a few possibilities that have been outlined by Kim (2018):

Endolymph density becoming more than the nearby cupula:

There is also literature of vestibular migraines possibly causing a light cupula. With these cases though, the nystagmus was usually found to be of low velocity and only present during the acute episode.

What is the clinical presentation of a light cupula?

Findings of a light cupula can often be mistaken for BPPV affecting the lateral canal as positional testing elicits nystagmus. As mentioned at the beginning of this post, with the Roll test a light cupula will present with sustained geotropic nystagmus. It will also present with a null point as can be seen with cupulolithiasis affecting the lateral canal. Cupulolithiasis can also be seen as a “heavy cupula” as the weight of the otoconia that are stuck to the cupula (either canal or non-canal side of the cupula) causes the cupula to deflect downward. This is most prevalent when the head is positioned with the cupula orientated horizontally.

Now clinically, when we see something atypical we resort to further testing. So, with the Bow & Lean test and a light cupula you would also see:

Lean test – sustained nystagmus beating away from the affected ear.

Given the orientation of the horizontal canals, spontaneous nystagmus may be present with the head in the upright, neutral position that ceases with approximately 30 degrees of neck flexion.

Also worth noting, with a light cupula, there will also be no latency of the nystagmus with positional testing and it will not fatigue with repeat testing.

So, in summary there is:

What is a null point?

The null point is where the cupula is orientated vertically. In this position there is no deflection of the cupula whether it is light or heavy. With that in mind a light cupula and cupulolithiasis will both present with a null point, whereas canalithiasis will not.

Given that the orientation of the cupula in the lateral canal is toed in slightly the null point will be evident when the head is turned slightly towards the affected ear (if only affecting one ear). In this position there will be no nystagmus. Now if the light cupula is bilateral, as possible with alcohol consumption, in theory there will be no null point.

What ear is the affected side?

Given Ewald’s Second Law, the Roll test is worse when tested to the affected side. So, if the right ear is affected, then the right Roll test is more provocative than the left Roll test.

If you are not sure what Ewald’s Second Law is, it is the second of three laws that were outlined, by you guessed it, a scientist named Ewald. The second law states that with the lateral canal, deflection of the cupula away from the canal creates a stronger response than when the cupula is deflected towards the canal.

Maybe we should do a post on all 3 laws. Being familiar with them has really helped us with treating some of those more challenging patients.

What is  the best treatment approach for findings consistent of a light cupula?

As the exact cause unknown, a standardized treatment protocol has not been established. Literature, however, indicates that canalith repositioning techniques are not helpful and that the condition usually resolves within two weeks. However, if it does not improve in two weeks or there are other signs or symptoms (i.e. hearing loss, ear pain, pressure, tinnitus, diploplia,) further investigation is warranted.

I hope that this post was informative, yet light.