Vertebral Artery Dissection, Is This Something We Still Need To Worry About? 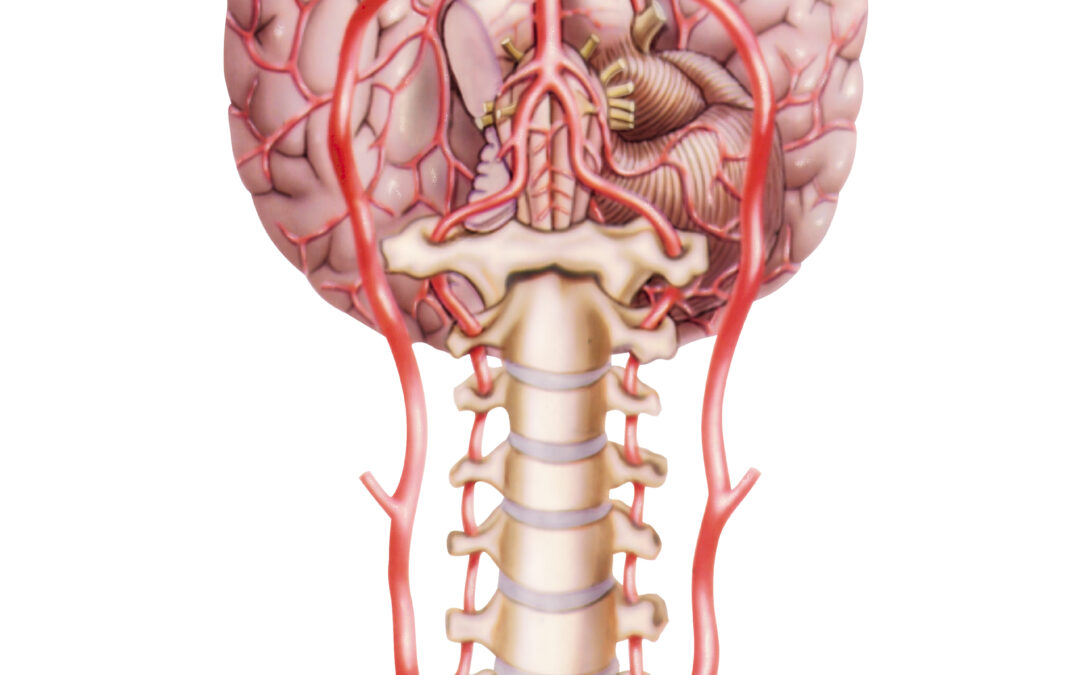 Do you ever wonder what would happen if one of your patients had a vertebral artery dissection?

Do you ever wonder if you would be able to screen if your patient has a vertebral artery dissection?

We recently had a patient come through our clinic with a vertebral artery dissection and his history was alarming. Before we review this case let’s review some of the common questions about this condition:

What is vertebral artery dissection?

Vertebral artery dissection (VAD) is a flap-like tear of the lining of the vertebral artery. You will remember from anatomy class that there are 4 major arteries that provide circulation to the brain, they are the left and right vertebral and carotid arteries.

When a tear occurs, blood enters the arterial wall and forms a blood clot, thickening the artery wall. This thickening often impedes blood flow and results in vertebral artery insufficiency (VBI). The clot can also break off and impede blood flow in a smaller vessel. Most commonly the lateral medulla (causes Wallenberg Syndrome) and cerebellum are affected.

VAD may occur after physical trauma to the neck, such as a blunt injury (i.e. traffic collision), strangulation, or after sudden neck movements (i.e. coughing). It may also happen spontaneously. Blunt trauma is the most common cause and those with connective tissue disorders are also at risk. Surprisingly, atherosclerosis does not appear to increase the risk.

Our journey, as manual therapists, with vertebral artery dissection over the past couple of decades.

In 1998, at least in Canada, there was a heightened concern with treating the neck. This was especially so in regards to manipulation and the risk of vertebral artery dissection. This heightened awareness came from an event that occurred that year in our hometown of Saskatoon, after a 20 year old died after manipulation treatment to her neck. The inquest concluded that she passed away from a tear in her vertebral artery and not the cervical manipulation itself. Regardless, the event was nothing short of tragic.

After that bedside screens were developed and became “best practice” in an attempt to reduce the chance of that happening again. Were the screens really valid? As therapists, we were all caught in the conflict of evidence vs best practice based therapy. In this case the two did not align.

Interestingly, a 1998 study found that in hospitals over a one year period, taking the correct drug and dose for the correct diagnosis resulted in 106,000 deaths in the USA. With this study it looked like there was more risk of dying in a hospital when receiving proper care than having a neck manipulation.

With vestibular therapy courses, do any of you remember being advised by the course instructor to do a VBI screen before doing the Dix-Hallpike test? It was not until taking the Vestibular Rehab course at Emory that we were reassured by one of the main course instructors that it was okay not to do VBI screening.

How common is vertebral artery dissection?

The reason the course instructor had no concerns with not doing the screens was that he knew two things:

With manipulation, a stoke is reported to occur in 1 of 3.84 million neck manipulations. (Hurwitz 1996)

What are the symptoms of a vertebral artery dissection?

The typical patient with VAD is a young person who experiences severe headache. They then develop neurologic signs that may not appear until after several days.

When neurologic signs do occur, they are most often due to impaired blood flow to the lateral medullary dysfunction (Wallenberg syndrome) and will present as a combination of any of the following:

If blood flow is impaired to the medial medulla (rare) the following are typically found:

Depending where the impaired blood flow is in the brainstem and cerebellum the following may also be present:

If there is associated dizziness, there does not appear to be any specific characteristic of the dizziness (Neto 2017).

How is vertebral artery dissection diagnosed?

CT angiography and MR angiography are the diagnostic tools of choice, replacing catheter angiography, which was considered the “gold standard” test for diagnosing VAD. Carotid ultrasounds have also been used, but they provide less information and usually need confirmation with CT or MRI.

What is the treatment for vertebral artery dissection?

There are different treatment options that are be provided on a case by case basis that include:

Case study of a recent VAD patient at North 49.

A few months ago a gentleman was referred to North 49 who had a VAD. The purpose of the referral was to address the ongoing dizziness and balance issues. Here is a brief rundown of his file.

Onset of symptoms: 6 weeks prior to his visit at North 49 he started to experience right sided neck and headache pain for no apparent reason.

Initial Treatment: Was seen by his chiropractor who adjusted the neck as there was joint stiffness. His family physician prescribed pain medication. Due to increased symptoms he was seen at a local hospital four days after the onset of symptoms where CT imaging revealed a right sided vertebral artery dissection. The attending neurologist prescribed medication.

Turn for the worse: About three weeks after attending the hospital he started to experience numbness throughout the left side of his head, weakness of the left leg, and a heaviness of his chest. He also reported having dizziness with lying down and with extending his neck.

Was seen for three follow-up sessions and by the last session he was back to his regular daily routine. He only had neck and facial symptoms after several hours of activity. Otherwise his symptoms had resolved.

To answer the question we put out at the beginning of this article, “Vertebral artery dissection, is this something we still need to worry about?”, we definitely cannot say “No”. As a care provider we can be reassured that VAD is rare. When it does occur it can, however, be easily missed as it often initially presents as a typical musculoskeletal neck condition.

That being said, here are three things we can do to protect our patients: