A Review of BPPV 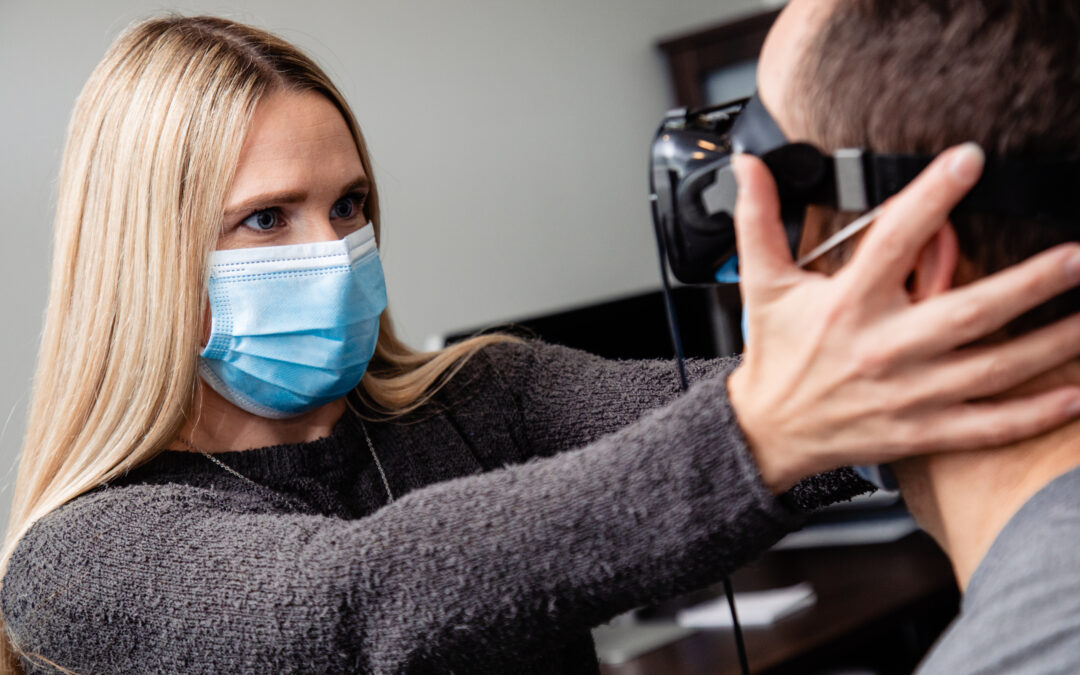 BPPV What You Need to Know

Does rolling over in bed make your world feel like it is spinning out of control? If it does you are not alone and you may have a condition called BPPV.

So what is BPPV? Let’s review some of the basics.

What BPPV Stands For 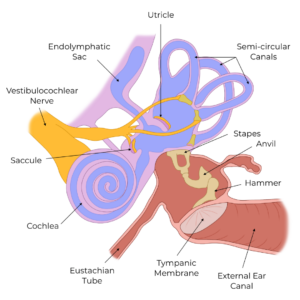 To understand what BPPV is we need to review a little anatomy. The ear itself consists of 3 sections being the outer ear, middle ear and the inner ear. The outer ear is where we get wax build up and where our doctor looks in with his otoscope. The outer ear ends at the ear drum and on the other side of the ear drum there is the middle ear that consists of 3 small bones and the eustachian tube that runs to the back of your throat.

Moving deeper we have the inner ear. In the inner  ear there are 2 otolithic organs, one is called the saccule and the other the utricle. 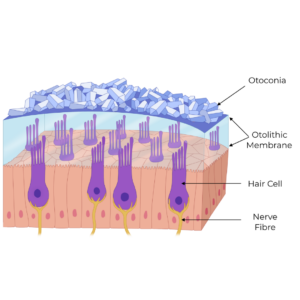 These 2 organs are like pads that have a jelly like layer and on top of that calcium carbonate crystals which are also called otoconia or otoliths. These crystals help the inner ear detect head motion and positioning. With the inner ear it is also important to note that there are 3 semicircular canals that are very sensitive structures that help detect acceleration of the head.

So now that we have the anatomy covered we also have to remember that our body is a living organism that is always replacing itself. For example, your eye lashes grow and eventually fall off, only to be replaced by new eye lashes. Same thing with our skin and other tissues. With the inner ear the crystals flake off with time and fall to the bottom of the inner ear in an area that is not a sensitive structure. With time they gradually dissolve.

Why BPPV Occurs or What Causes BPPV?

Most often BPPV occurs for no particular reason except by chance that some crystals broke off and ended up going into one of the canals. BPPV is most often seen in seniors and this could be due to their slower metabolism to break down the crystals once they break off and/or other changes that occur with age. BPPV can also occur in younger individuals spontaneously, but more commonly occur after an inner ear infection or with a mechanism such as a whiplash or head injury that sheers some crystals off of the otolithic organ.

What Are BPPV Symptoms?

If you have BPPV you will experience dizziness that may or may not feel like a spinning sensation which is called vertigo. The dizziness will typically last for seconds, but at times some people have it for minutes. It is also worth noting that the dizziness can be triggered with looking up, bending forward, getting in and/or out of bed, and with rolling over in bed. It never occurs without a change in head position. After the intense dizziness that lasts for seconds goes away you may feel “off” and unsteady for a period of time.

With BPPV there should not be any other symptoms such as double vision, slurred speech, choking on foods, giving out of your legs, ear pain, pressure, ringing in the ear, or hearing loss. If you have any of these other symptoms further medical investigation would be recommended.

BPPV How To Tell Which Ear?

With performing the Dix-Hallpike and Roll Test you will be able to not only determine if someone has BPPV, but which ear, and what canal is involved. For either of these tests to be positive there will be nystagmus that accompanies the dizziness.

If you are curious how to perform these 2 tests check out this instructional video.

Will BPPV Go Away On Its Own?

This is a great question that we frequently get asked. To answer this question it is best to review what the literature says. According to the Bhattacharyya (2017), the natural history of BPPV is that it will resolve spontaneously within 3 months for 50%. So, within 3 months half of the people who have it will resolve spontaneously and the other half not.

The reason that it can resolve spontaneously is that the body gradually dissolves the loose crystals, but this takes time.

BPPV How To Treat?

Some medical practitioners prefer the “wait and see” approach. As we reviewed above with some BPPV will simply get better with time, but really who wants to wait 3 months for a 50/50 outcome? Is there another option? The answer is definitely YES!

The best treatment option is to have someone perform a canalith repositioning technique to maneuver the crystals out of the affected canal and to an area of the ear that is not sensitive. The treatment typically takes minutes to perform once the right canal is identified. The great thing is that the literature states that 84% of individuals are better after 1 visit and 97% within 3. So, why wait for days, weeks, or months to see if it will get better?

Some people call the maneuver the “Epley”, but this is a bit of a misnomer as technically the Epley not only includes the maneuver, but putting the patient in a neck collar after and providing them strict activity restricitons which research has found unnecessary.

Of note, some people are prescribed vestibular suppressants which is not recommended. The reason for this is that it does nothing for the cause of the problem. It is like taking Tylenol for a thorn in your finger. The Tylenol makes you feel better, but the thorn is still there. The best treatment in this case is to remove the thorn. With BPPV the best treatment is to remove the crystals from the canal.

Who Can Treat BPPV?

Now, if you had BPPV in the past you can also attempt the canalith repositioning technique yourself if you remember what to do. If not, or the maneuver is not helping, please seek out someone with training in this area.

Can BPPV Come back?

BPPV can come back, but the research shows that it only comes back in up to 36% of those who had it. If it comes back it is also typically an easy fix. There are not a lot of quick fixes in rehab, but BPPV is a quick fix problem.

If you find you are having recurrent bouts of BPPV ask your health care provider how to perform the maneuver yourself. Better yet, try sleeping with your head slightly more upright. This can sometimes make a big difference in preventing it’s recurrence.

If it keeps coming back or the treatment is not effective check out this video.

If you have any other questions about BPPV, feel free to reach out to us at North 49.