Given such, let’s review a treatment option that we have found simple and effective called the Deep Head Hand Maneuver. Before we review the technique let’s review some background information.

How often does BPPV affect the anterior canal?

How can you tell if the anterior canal is affected?

The direction of the nystagmus indicates the canal involved: 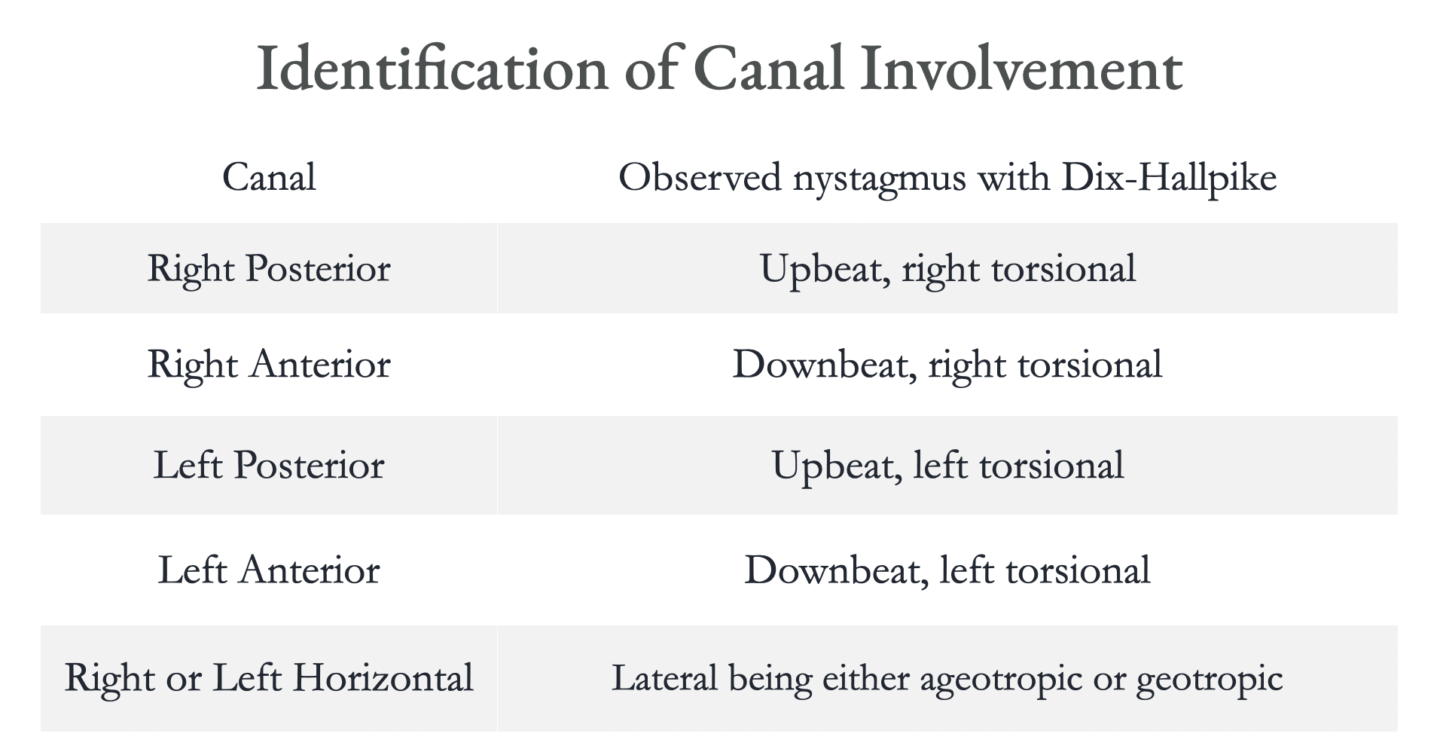 The above chart indicates the canal involvement with Dix-Hallpike testing, but these results can be elicited with other positional tests as well. So, anterior canal involvement will be evident with downbeat, torsional nystagmus with positional testing. Unlike the posterior canal it may be positive for downbeat nystagmus that has the same torsional component when tested to either side.

With the downbeat nystagmus how can I be confident that the this is not a central vestibular problem?

If in doubt assume it is a central vestibular condition and manage accordingly.

Our “Go To” technique at North 49 is the Deep Head Hand Maneuver. It is super simple and effective. It is also forgiving in that it does not matter if you are treating the right or left anterior canal, the treatment is the same. 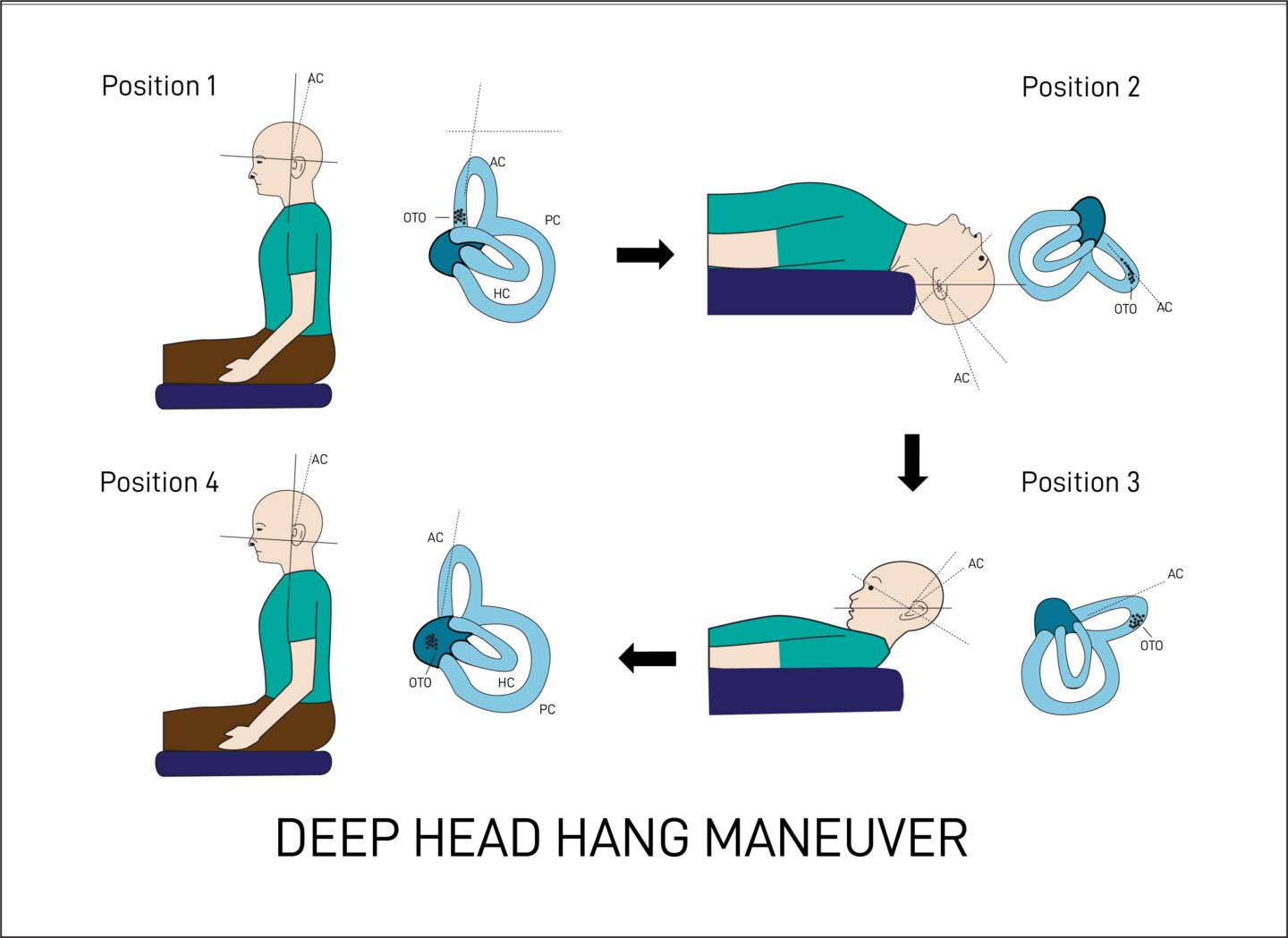 To see an instructional video of how to perform the Deep Head Hang Maneuver click HERE.

If you are like us, we like to see things visually to understand what is  happening when this maneuver is performed. Given such  we have filmed this brief video that uses a fluid filled 3D anatomical model to demonstrate what is thought to happen during this maneuver.

BPPV is the most common cause of dizziness across the lifespan, with the posterior canal being affected the most often. On the rare occasion it can, however, involve the anterior canal and clinicians should be aware of how to address this, should it occur.

At North 49 we have found the Deep Head Hang Maneuver a simple and effective option to treat anterior canal BPPV when it does occur.

To learn about other options for treating BPPV affecting the anterior canal they can be found in A Field Guide to BPPV, which is a 6.5 hour online course we developed and is accredited for CE hours in over 40 states. North 49 also offers weekend and hybrid courses in the area of BPPV and other vestibular related topics.